I bought a Parker Club fountain pen off of Amazon.com, for $10 including shipping. The Parker Club is one of those rare breed of pens that nobody has ever heard of. When I called the Parker Pen Company, they had no idea what it was. I contacted the seller of the pen; apparently it is new old stock (NOS). It was most likely made in the 1970s. It comes in a wide range of colors, and is a high-quality pen. It reminds me of the Eversharp Big E, which was a pen made in the early 1960s by the Eversharp division of the Parker Pen Company. It is even made of the same kind of plastic as the Eversharp, which feels like butter. The feel of the pen is very comfortable; the ink flows well, and is very smooth overall. It is reminiscent of the Parker 45 fountain pen (1962-2007), but is more ergonomic. Overall, this pen deserves a rating of 4 1/2 stars. 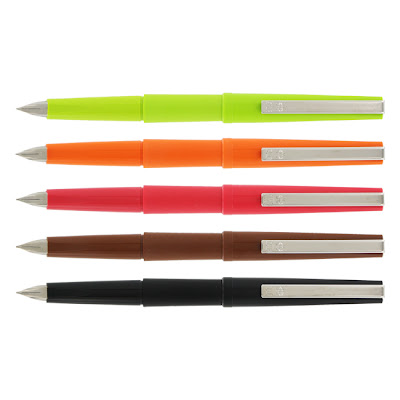